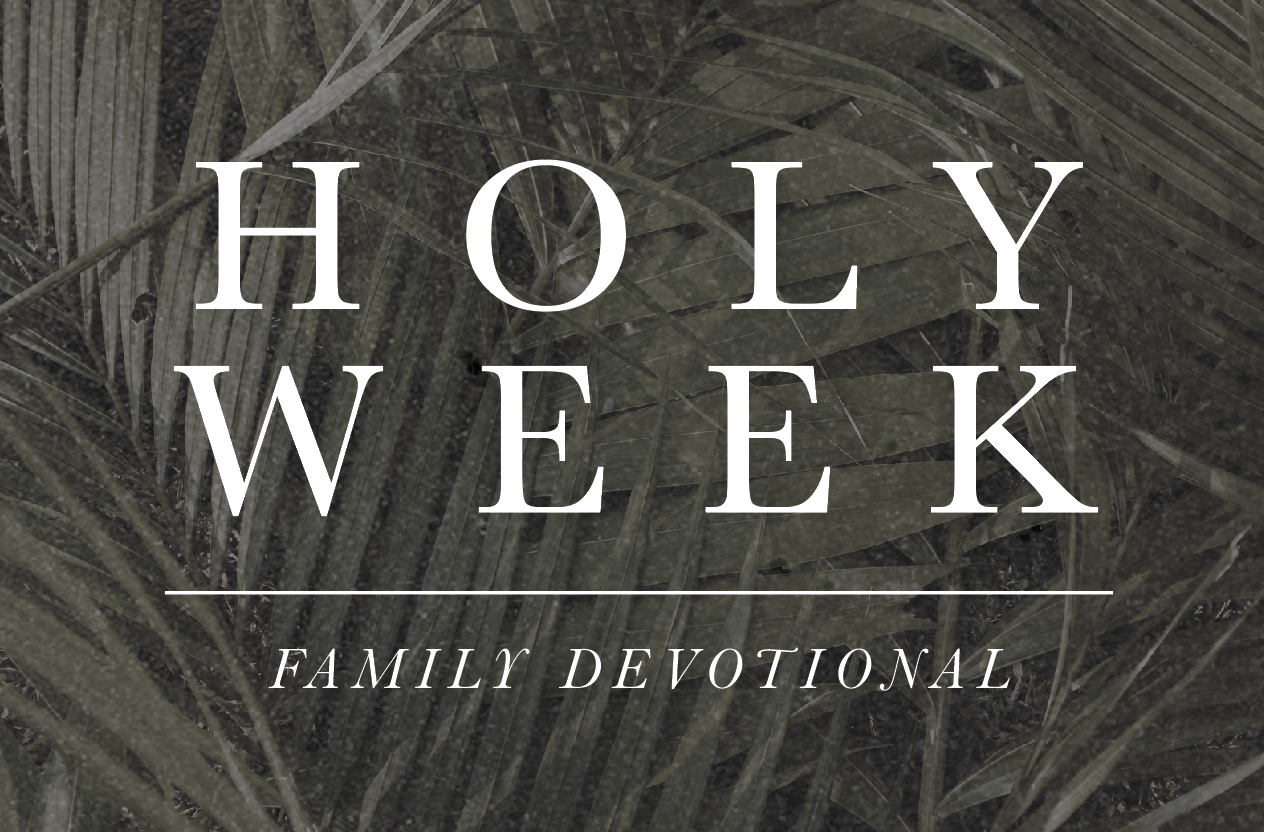 Thousands of Jews were traveling to Jerusalem to celebrate the Passover Festival. With the first Passover (Exodus 11-12), God rescued his people, Israel, from slavery to the Egyptians. Through the sacrifice of a perfect lamb, the Angel of Death passed over Israel’s homes and spared the death of the firstborn sons. Celebrating Passover each year was a way for Israel to remember God’s great rescue.

At the time of Jesus, Israel was once again ruled over by a pagan empire; this time it was Rome. Passover became a time for Israel not only to look back but also to look forward to a ‘second exodus,’ a final great salvation where they would be freed from their enemies and God’s own presence would return on earth to rule the world justly through Israel.

Hosanna means: “Save!” Many Jews were looking for the Messiah, the promised King in the line of David, to come and save them from the Romans and give them back their land. But God had a much greater rescue operation in mind for Israel: Israel’s King would rescue the entire world!

The Temple was located in Jerusalem, the capital city of Israel. The Temple was where God was to meet with his people, where his people could have forgiveness of sins, and where they could enjoy unbroken fellowship and worship with their God. The Temple was also the political center of Israel, and it was believed that the rightful king had authority over the Temple to judge or rebuild it.

By overturning tables and stopping the Temple trade, Jesus was proclaiming judgment on this broken symbol of worship. Israel’s leaders had turned the people away from Isaiah’s (ch. 56) vision of Israel being a light to the world so the nations would come to worship God. Instead there was segregation, idolatry, injustice and greed. In proclaiming judgment on the Temple, Jesus was also claiming to be God’s legitimate King. If only the people would repent, recognize God’s presence in Jesus, and follow him instead!

God was returning to forgive our sin and share fellowship with his people, but it would not be in the way the people were expecting. This conflict with the Jewish leaders over Jesus’ authority and his claim as King was a central reason for his trial and death.

Connecting With The Story

Songs: Who is the King of the Jungle | Crown Him With Many Crowns

In the time of Jesus, people wore sandals, and their feet were always walking through dusty, dirty, smelly streets and fields. It was the job of the lowest servant to wash the feet of their master and his guests as they entered the home.

When Jesus took off his outer robe and wrapped a towel around his waist to wash his disciple’s feet, his disciples were shocked. Why was their master taking on the job of the lowest servant?

Jesus knew he had been given God’s authority and he was showing his disciples what true power and true love looks like – it looks like the King becoming a slave to serve his people and to cleanse us to become the Jesus-shaped people God always intended us to be.

Song: Servant of All

Since physical contact is limited, think of a way you can serve your neighbors or friends. Here are some ideas:

When God gave his people the gift of his Law after the Exodus, he knew that eventually they would reject and rebel against him and his commands and go back into slavery. But God also gave them the hope that he would once again rescue them from slavery, forgive their sins and give them a new heart. He promised to give his people his own Spirit so that we would love and obey him and become the fruitful people he created us to be. God called this promise his ‘new covenant’ (Jeremiah 31:31-34, Deuteronomy 30:1-20, Ezekiel 36:26-27).

In today’s passage, Jesus is telling his disciples that God’s new covenant promise of his Spirit was coming – our great helper! Jesus was preparing his disciples for what was about to happen. He was going to die and later return to the Father, but he wasn’t going to leave his friends by themselves; he was giving them the gift of his Spirit. Jesus said that the things he was doing were evidence that the Father was at work within him (John 14:10-11). In the same way, the things we do should show that Jesus and his Spirit are at work within us.

As we rely on the Spirit, we will know what is true and right and will be able to do the things God asks us to do, things like what Jesus was doing, things that bring glory to the Father. Through the Spirit, we will find it is our joy to love God and to love others, just like Jesus. In this way, God’s kingdom will grow and flourish in our world.

At The Table With The King

Jesus made provisions to eat a Passover meal with his disciples in a private room in Jerusalem. By Jewish tradition, his disciples would have expected Jesus to lead the Passover meal by saying certain words, in a specific order while using particular food and drink as symbols to retell the Exodus story.

But this meal was different… because all the previous Passovers had been pointing forward to this day. Jesus took time to explain how the food and drink, the bread and wine, were now to be symbols of God’s greater rescue and new covenant with his people, which would bring forgiveness of sins and his gift of Spirit-filled life. You see, this long-awaited new covenant, this great rescue, was coming true in Jesus, and in particular his imminent death. Imagine how surprised his disciples would have been to hear Jesus changing the well-known script - to realize he was talking about himself as the broken bread and the sacrificed Passover lamb (whose blood protected God’s people)!

In this meal, Jesus is inviting his disciples (us) to be a part of his story. In asking us to eat and drink this meal, he is asking us to take on his life and death so that we too will be rescued. In Jesus, we can find forgiveness of our sins and a close loving relationship with God as he gives his people his own life, his own Spirit. In Jesus, we can celebrate and participate in God’s kingdom here on earth, both now and in the future when Jesus returns to set the whole world right. When we share in this meal, we are saying, “This is our story.”

*This is a very long passage. Depending on the age of your child you might prefer to read through a storybook Bible or use today’s activity to help you work through the passage in an engaging way.

The Gospels all tell Jesus’ story in such a way as to show that it is on the cross that he is ‘enthroned’ as King. Jesus could have disappeared through the crowd and not felt the pain of suffering. He could have argued his way to freedom and not have been humiliated. He could have called millions of angels to his side and led a rebellion to overthrow the Roman government. Instead he willingly lived out the true path of Kingship, service and sacrifice, out of love for the Father and love for you and me. The penalty of sin is death – we all deserve death, but our King fought our battle for us and paid our debt so we could be set free from sin and truly live (Romans 6:23).

Connecting with the Story:

Songs: Nothing but the Blood of Jesus | How Deep the Father’s Love for Us

God finished his work of creation in six days and rested on the seventh. In a similar way, John in his gospel records that on the cross, on the sixth day of the week, Jesus said, “It is finished!” before taking his last breath (John 19:30). The day after Jesus died was the seventh day, the Sabbath, so no one left their homes, and no one went to Jesus’ tomb to mourn. It was a day to rest. Tomorrow will be the first day of a new week; what will this new week bring?

As Jesus’ body ‘rested’ in death in the tomb on that Sabbath, Jesus’ distraught disciples must have had many questions: Wasn’t Jesus the Messiah? Why did Jesus die? Would God ever come back and rescue his people? And what about the disciples themselves; what are they to do now?

The King is Alive!

It was early in the morning on the first day of the week when Mary Magdalene, eyes probably still red and tired from mourning, found that Jesus’ tomb was empty. Imagine her confusion and sorrow in thinking her Lord’s body had been stolen. Imagine the questions streaming through the minds of Peter and John, the fear and wonder, as they literally raced to the tomb to see for themselves what had happened to Jesus. Feel the grief and questions build and then turn to joy as Mary, weeping at the tomb, is comforted by angels, and then by a man she believes to be the gardener. Finally she recognizes him to be her Master as he calls her by name. He is alive! And yet as she desires to hold onto him, Jesus gives her a job to do: witness to his resurrection and his glory. And she did.

In Jesus’ resurrection, God himself was beginning to answer all the burning questions in the hearts of Jesus’ friends. Was Jesus the King? Yes, he was and is! Now he will never die and his reign will never end. It was a new week, and Jesus himself was the beginning of God’s new creation, the new Adam to rightly rule God’s world.

Would God return to rescue his people? Yes, he already had! His nail-pierced hands will forever tell of his love and sacrifice to bring salvation to the world.

But what about Jesus’ followers and the rest of humanity, what about us who are still living in this broken world? God promises that just as Jesus was resurrected from the dead, we too can die to our old life of sin and be raised to “walk in newness of life” (Romans 6:4f). The apostle Paul writes that whenever someone claims Jesus to be their King, they are a new creation. “The old has passed away; behold the new has come” (2 Corinthians 5:17).

This new life means a new task for his people. Just as Mary was sent to witness to his resurrection and Kingship, so we too are sent as Jesus’ witnesses into our world. Jesus told his disciples that he was sending them, just as the Father sent him. Then he breathed on them his Spirit to empower them for the task and life ahead (v21-22). God wants us to engage the brokenness, the chaos, and the ugliness of our world by witnessing about Jesus and displaying his forgiveness, healing, order, and beauty. Reflecting God’s glory into our world is what God always intended.

It is the beginning of a new day, a new week, the new creation! Let us celebrate this new life we have been given by witnessing to his glory and grace!

The marshmallow represents Jesus. The cinnamon and sugar reminds us of the oils and spices his body was anointed with for burial. His body was laid in a tomb, but on the third day he rose from the dead! Bite into the rolls and you will see that the “tomb” is empty. He is alive!