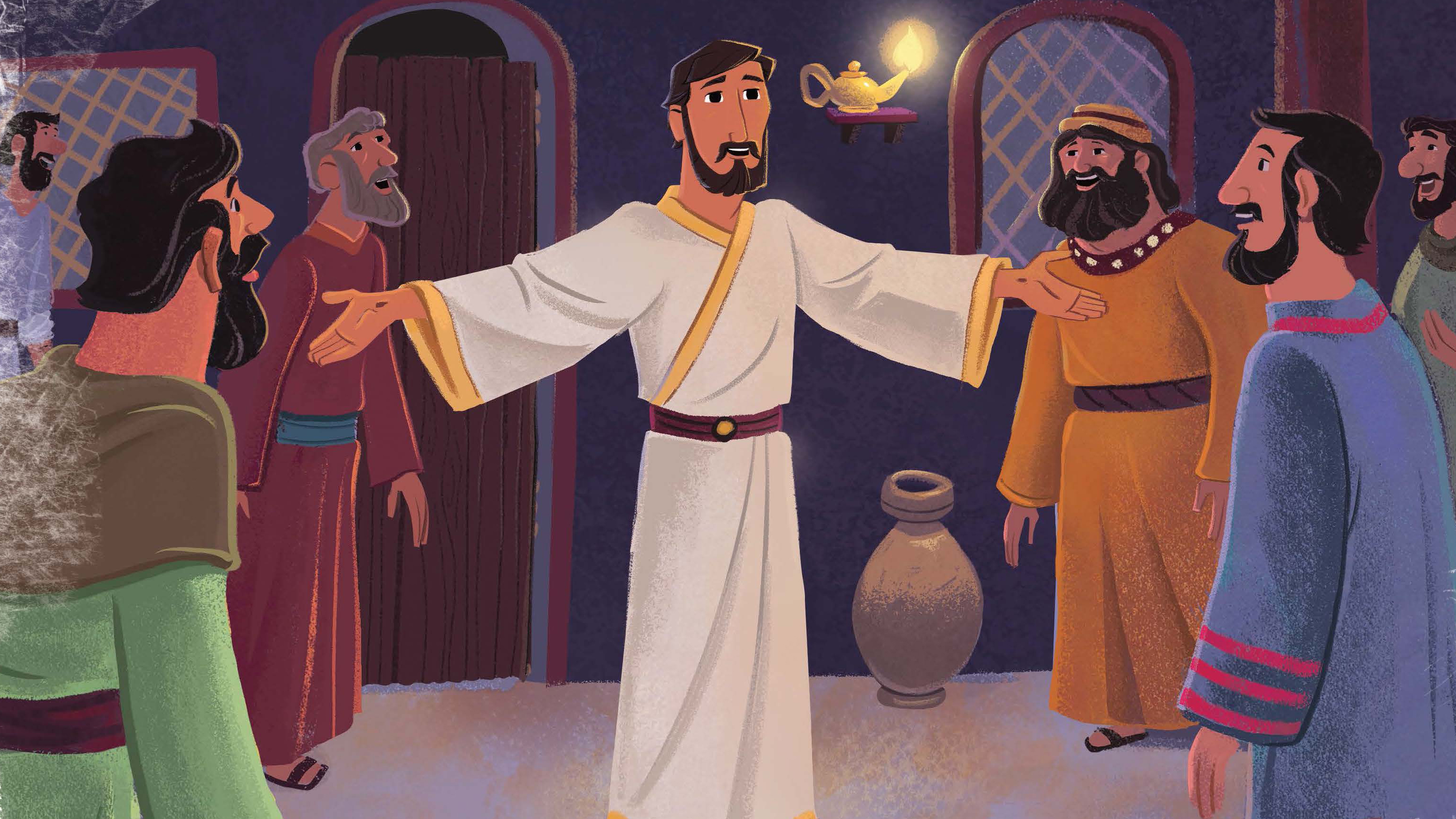 Jesus Appeared to the Disciples–Luke 24, John 20

God made Jesus alive again! Jesus visited many people so they would know He is alive. Jesus is still alive today. We have not seen Jesus, but if we believe in Him, we will be blessed. He wants us to tell others the good news about Him.

On the first day of the week, in the evening, Jesus’ disciples met together in a house. They locked the doors because they were afraid. They didn’t want to be killed too. But now some of the disciples were saying they had seen Jesus alive. Could it be true? As the disciples talked, Jesus came and stood right there with them. “Peace to you!” He said. Jesus’ disciples were afraid! Maybe they were seeing a ghost. “Look at Me,” Jesus said. “Touch Me. A ghost does not have skin and bones, but I do.” Jesus showed them His hands and His side. They saw where Jesus had been hurt. Jesus was alive! What good news! The disciples were so happy. Jesus’ disciples gave Jesus some fish to eat. Jesus talked to them and explained the Bible to them. “The Bible is about Me,” Jesus said. Then Jesus told them that they had a job to do. Jesus had died and was raised from the dead so that people could be forgiven for their sins. Jesus’ disciples needed to tell other people to turn away from sin and be forgiven. Jesus said, “God sent Me to earth. Now I am sending you.” One of Jesus’ disciples, Thomas, was not with the other disciples when Jesus visited them. Thomas did not believe that they saw Him. “I want to see and touch the holes in His hands and His side, or I will never believe!” Thomas said. Eight days later, the disciples were together again. This time, Thomas was with them. Jesus came in and stood with them. “Peace to you!” Jesus said. Then Jesus told Thomas, “Touch the marks on My hands and My side. I am alive! Believe it!” Thomas did believe. “My Lord and my God!” he said. Jesus said, “You believed because you saw Me. Those who believe in Me without seeing Me are blessed.”