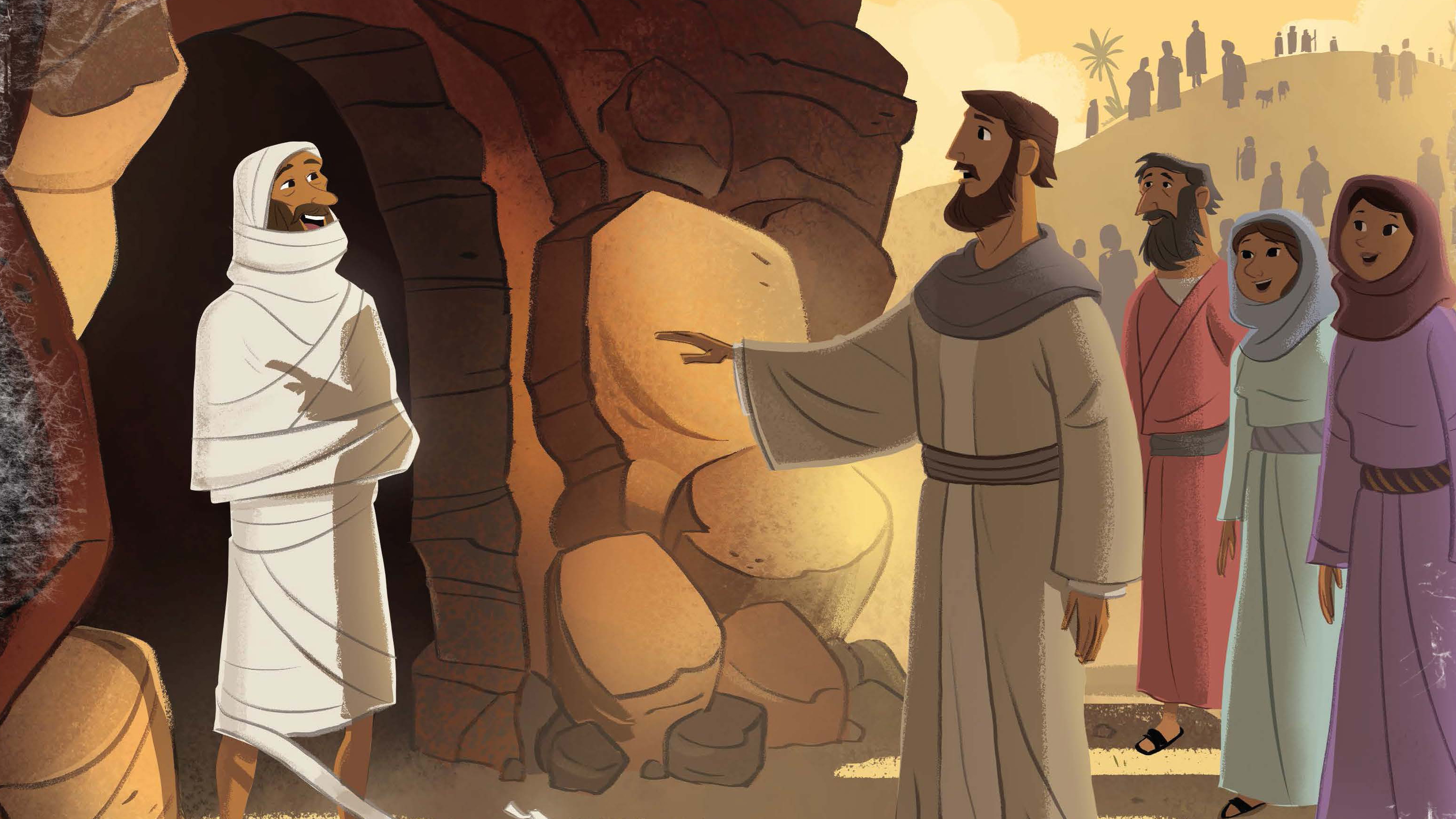 Jesus raised Lazarus from the dead. He showed that He has power over death. Jesus died on the cross for our sins and rose from the dead. Those who trust in Jesus will live forever with Him.

He Has Rescued Us

“He has rescued us from the dominion of darkness and transferred us into the kingdom of the Son he loves.” - Colossians 1:13

Lazarus and Jesus were friends. One day, Lazarus got sick. His sisters, Mary and Martha, sent a message to Jesus. “Lord, Your friend Lazarus is sick,” they said. Jesus said to the disciples, “Lazarus’ sickness will not end in death. This sickness will show how great God is and how great the Son of God is.” By the time Jesus got to the place Lazarus lived, he was dead and had been buried in a tomb for four days. Martha hurried to meet Jesus. “Lord, if You had been here, my brother Lazarus would not have died.” But Martha knew Jesus could do a miracle. “I know God will give You whatever You ask from Him,” she said. Jesus said, “Your brother will rise again.” Martha believed Jesus. She thought Lazarus would rise from the dead at the end of time. But Jesus said, “I am the resurrection and the life.” He said that people who believe in Him may die in their bodies, but God will raise them from the dead. “Do you believe this?” Jesus asked. Martha said, “Yes, Lord. I believe You are the Messiah—the Son of God?" Then Martha went home to get her sister, Mary. Mary came and fell at Jesus’ feet. She said, “Lord, if You had been here, my brother Lazarus would not have died!” Mary was crying. Jesus cried too. Mary took Jesus to the cave where Lazarus was buried. A big stone covered the opening. Jesus told the people to move the stone. Jesus looked up to heaven and said, “Father, I thank You that You have heard Me.” Then Jesus shouted, “Lazarus, come out!” Lazarus came out of the tomb, wrapped in cloth. He was alive! Jesus said, “Unwrap him and let him go.”