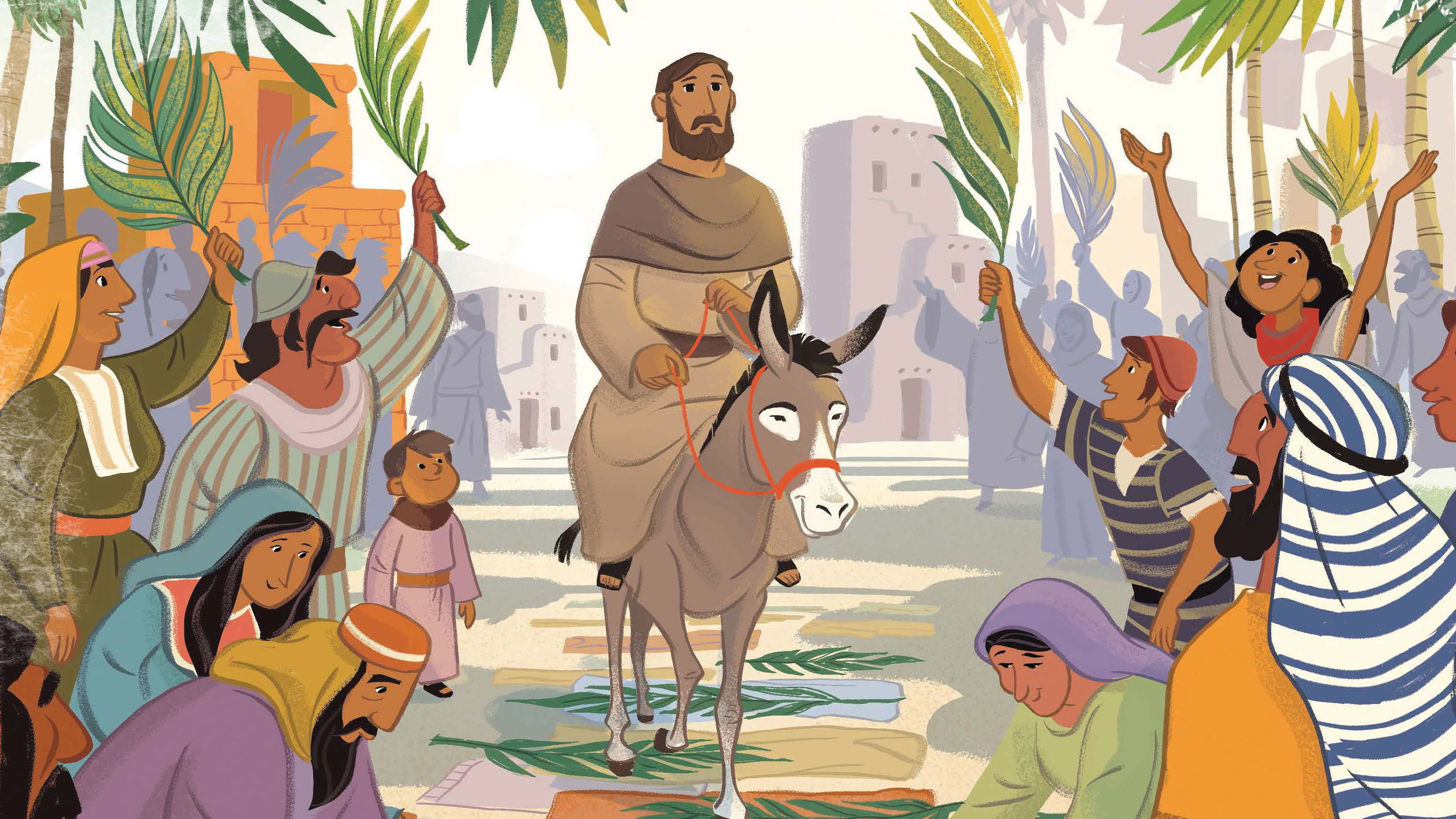 Jesus raised Lazarus from the dead. He showed that He has power over death. Jesus died on the cross for our sins and rose from the dead. Those who trust in Jesus will live forever with Him.

“He humbled himself by becoming obedient to the point of death— even to death on a cross.” - Colossians 1:13

It was the time of year that the Israelites celebrated Passover. Many Israelites had traveled to Jerusalem to remember what God had done when He rescued His people from slavery in Egypt. Jesus and His disciples also traveled to Jerusalem. He sent two of them ahead to a village. Jesus said, “Go into the village ahead of you. There you will find a donkey and her colt tied up. Untie them and bring them to Me. If anyone says anything to you, you should say that the Lord needs them.” The disciples did what Jesus said. They put their robes on the donkey and the colt, and Jesus sat on them. As Jesus came to Jerusalem, a large crowd gathered. The crowd laid their robes on the road. They cut palm branches from trees and laid those on the road, too. The crowds walked ahead of Jesus, and those who followed Him shouted, “Hosanna to the Son of David! He who comes in the name of the Lord is the blessed One—the King of Israel! Hosanna in the highest heaven!” The word hosanna means “Save now!” The religious teachers didn’t like it. They asked Jesus to tell His disciples to be quiet. “If they didn’t praise Me,” Jesus said, “the rocks would cry out!” When Jesus went into Jerusalem, people asked, “Who is this?” The crowds replied, “This is the prophet Jesus from Nazareth in Galilee!” They were only half right. Jesus wasn’t just a prophet of God—He is God’s Son! Jesus went to the temple, and people who could not see and people who could not walk came to Him. Jesus healed them. The priests and the scribes at the temple heard children shouting, “Hosanna to the Son of David!” The priests and scribes asked Jesus, “Do You hear what these children are saying?” The children were saying, “The king is here! The king is here!” Jesus said, “Yes. Even the children will praise Me.” Then Jesus left and went to spend the night in the town of Bethany.