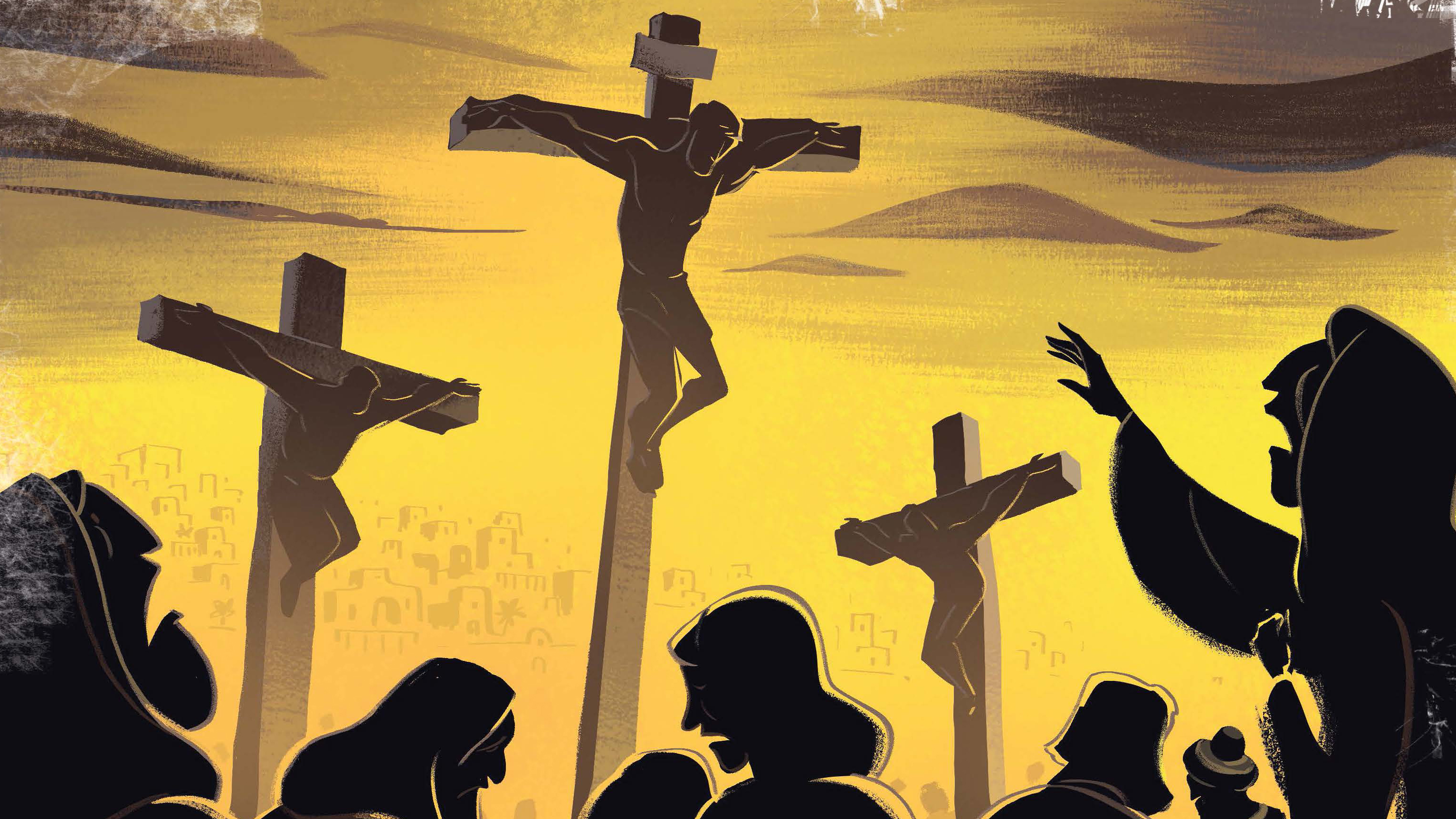 We deserve to die because of our sin, but God loves us and kept His promise to send a Rescuer. Jesus never did anything wrong, but He died in our place. On the third day, Jesus rose from the dead. When we trust in Jesus, God forgives our sin and gives us life forever with Him.

“He humbled himself by becoming obedient to the point of death— even to death on a cross.” - Colossians 1:13

Jesus had been arrested and taken to Pilate, the governor. “Are You the King of the Jews?” Pilate asked. “Yes,” Jesus said. Then the religious leaders lied and said that Jesus had done wrong things, but Jesus never did anything wrong. Pilate thought Jesus would say something about the religious leaders’ lies, but Jesus was quiet. Every year at Passover, Pilate would let the people choose a prisoner to set free. One of the prisoners had done very bad things. His name was Barabbas (buh RAB uhs). So Pilate asked the crowd, “Who do you want me to set free? Barabbas or Jesus?” The crowd shouted, “Barabbas!” Pilate asked, “What should I do with Jesus?” “Kill Him on a cross!” they said. “Crucify Him!” Pilate’s soldiers took Jesus away. They made fun of Him because He said He was a King. The soldiers put a crown of thorns on Jesus’ head and a purple robe on His back. They pretended to bow down to Him. Then they led Jesus away. Jesus was put on a cross. They put a sign above Jesus’ head that said: This is Jesus, the King of the Jews. Two criminals were crucified next to Jesus. The day turned dark. In the afternoon, Jesus cried out, “My God, My God, why have You left Me all alone?” Then Jesus shouted and said, “It is finished!” Jesus died and was buried in a tomb. A large stone was rolled in front of the tomb, and Pilate’s soldiers guarded the tomb so that no one could steal Jesus’ body.