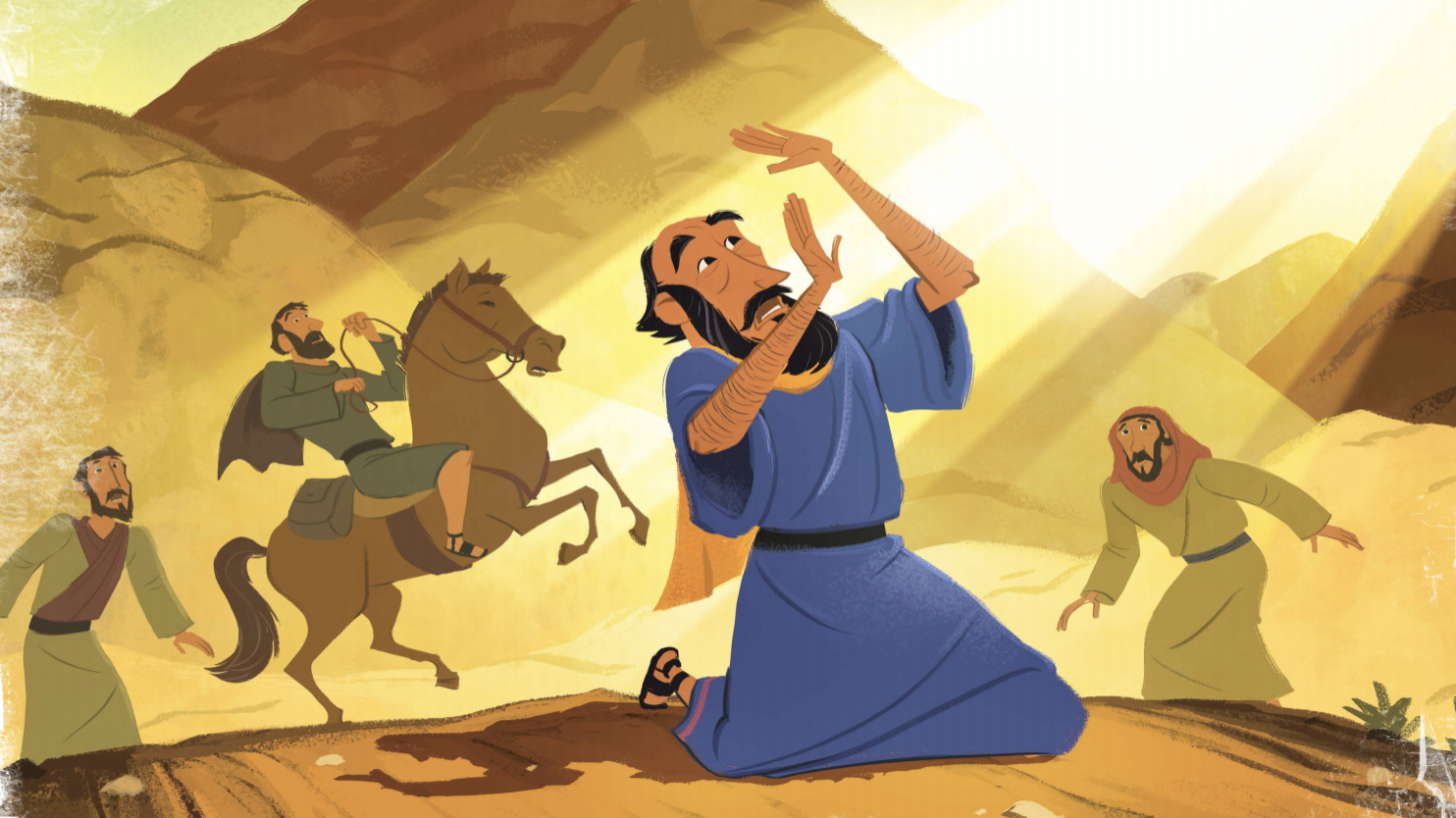 Jesus saved Paul and chose him to spread the gospel.

One Body in Christ

He is also the head of the body, the church; he is the beginning, the firstborn from the dead, so that he might come to have first place in everything. - Colossians 1:18

After Jesus died, rose from the dead, and ascended to heaven, people in Jerusalem who believed in Jesus were persecuted or treated cruelly because of their faith. One of Jesus’ followers, Stephen, was even killed. A man named Saul had watched in approval when Stephen was killed. Saul wanted to put an end to the church. He went into the believers’ homes, dragged them out, and put them in jail. Many believers fled the city. Saul headed to Damascus to arrest believers there, but on the way, a bright light from heaven suddenly flashed around him. Saul fell to the ground. He heard a voice saying, “Saul, Saul, why are you persecuting Me?” “Who are You, Lord?” Saul asked. “I am Jesus,” He replied. “Get up and go into the city. Then you will be told what you must do.” Saul got up and opened his eyes, but he couldn’t see! So the men who were traveling with Saul led him by the hand into Damascus. Ananias (an uh NIGH uhs), a disciple of Jesus, lived in Damascus. The Lord spoke to Ananias in a vision. He told Ananias to go to the house where Saul was staying. Ananias knew that Saul had hurt many believers and that he arrested anyone who believed in Jesus. But the Lord said, “Go! I have chosen this man to take my name to Gentiles, kings, and Israelites.” Ananias obeyed. He found Saul and told Saul that Jesus had sent him to help. Ananias put his hands on Saul, and Saul could see again. Saul got up and was baptized. For the next few days, Saul stayed with the believers in Damascus. He began to go to the synagogues to preach about Jesus. Saul told the people, “Jesus is the Son of God!” The people were amazed. They recognized Saul and knew he had wanted to put an end to the church. Now he was one of them! The Jews did not like Saul’s message. They planned to kill him, so one night Saul left the city. The disciples helped Saul escape by lowering him down the city wall in a basket. Saul was also known as Paul.

Christ Connection: Jesus appeared to Paul and changed him inside and out. Jesus Christ came into the world to save sinners. (1 Timothy 1:15) Jesus called Paul, who was once an enemy to Christians, to spend the rest of his life telling people the gospel and leading them to trust in Jesus.