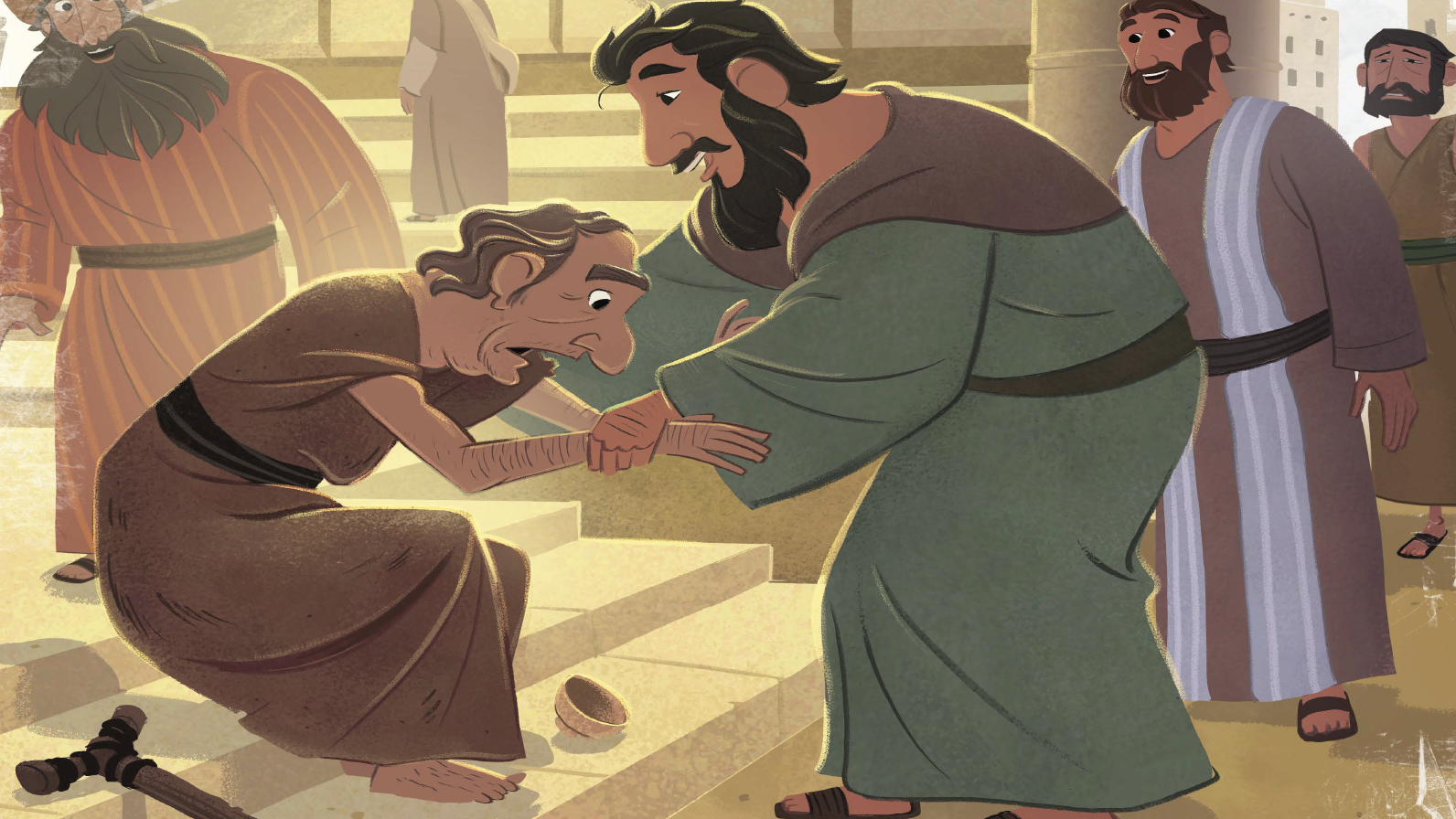 After Jesus went back to heaven, the Holy Spirit gave Jesus’ followers power to begin working. With the power of Jesus’ name, Peter healed a man who could not walk. The religious leaders could not stop Jesus’ followers from telling people the good news about Jesus.

The Good News Of Christ

His divine power has given us everything required for life and godliness. - 2 Peter 1:3

One day, Peter and John went to the temple to pray. They saw a man sitting by the gate. The man could not walk, so every day his friends carried him to the temple. As people went into the temple, the man asked them for money since he could not work. The man asked Peter and John for help. Peter said, “Look at us.” The man looked at Peter and John. He thought they were going to give him money. “I do not have silver or gold,” Peter said. But Peter did have something better. “In the name of Jesus, get up and walk.” Peter helped the man up. The man was healed! His feet were strong, and he could walk and jump. Then the man went into the temple with Peter and John, walking, leaping, and praising God. Everyone who saw the man was amazed. This was the man who could not walk and sat at the gate, but now he could walk! How could such a wonderful thing happen? The next day, the religious leaders met together. They asked Peter and John, “How did you heal this man?” Peter was filled with the Holy Spirit and said, “This man was healed by the power of Jesus.” Then Peter told the religious leaders that Jesus is the most important One of all. The religious leaders did not know what to say. They told Peter and John to be quiet and to stop telling people about Jesus. But Peter and John said, “We cannot keep quiet. We must tell people what we have seen and heard.” Peter and John met with other believers and prayed that God would give them power to be brave and tell people about Jesus.

Move To The Shape!