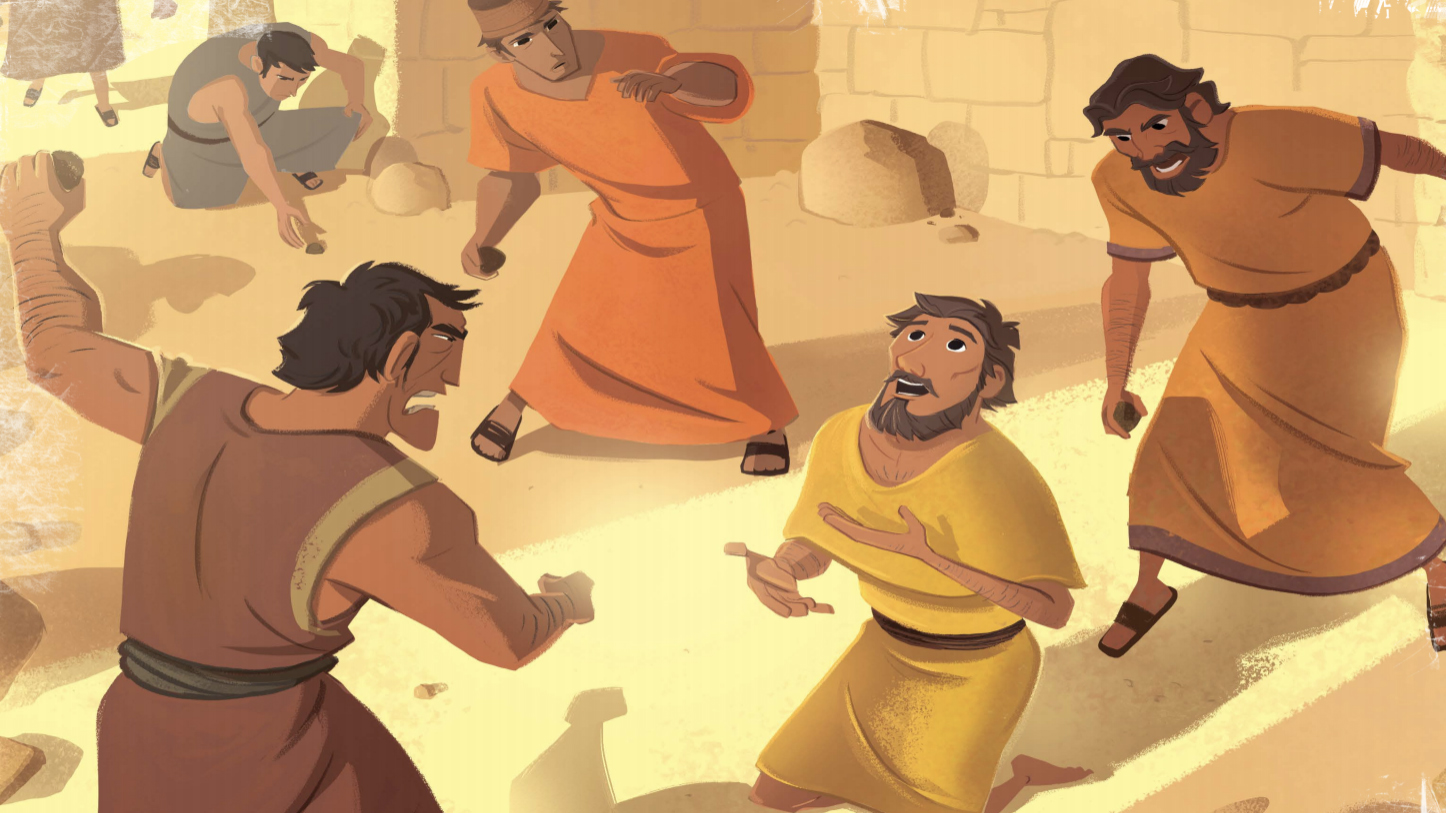 Stephen was killed because he was a Christian. Jesus told His followers that they would be persecuted—hated, hurt, or even killed—for loving Him. Jesus also said that those who suffer for Him would be blessed. We can face suffering in this life because Jesus suffered first. He died and then rose again, and He is waiting for us in heaven.

One Body In Christ

Stephen was one of Jesus’ followers. God blessed Stephen and gave him power to do great wonders and signs. One day, some Jews began to argue with Stephen. The Holy Spirit helped Stephen speak with wisdom, so no matter how hard the Jews tried, they could not win the argument. The Jews lied about Stephen; they said he had spoken against God. The people dragged Stephen to the Sanhedrin (san HEE drihn), the Jewish court, and told more lies. “We heard Stephen say that Jesus will destroy the temple and change the laws that Moses gave us,” they said. “Is this true?” the high priest asked Stephen. Stephen began to preach about Jesus. He reminded the court about Abraham. God had made promises to Abraham and his son Isaac. He reminded them about Joseph and Moses. God kept Joseph safe when his brothers tried to hurt him, and God used Joseph to help all His people during a famine. When God’s people lived in Egypt, God called Moses to rescue His people from Pharaoh. Moses led God’s people away from Egypt, but they turned against Moses and against God. God did not give up on His people, though. He was working out a plan. God worked through Joshua and David and Solomon. The religious leaders knew these stories from the Old Testament. Stephen told them these stories to explain that Jesus was the Messiah God had promised! But just like their ancestors rejected and killed the prophets in the Old Testament, these Jewish leaders had rejected Jesus and murdered Him! Stephen’s words made the Jewish leaders so angry! Stephen was filled with the Holy Spirit. He looked up to heaven and saw Jesus standing there. “Look!” he said. “I see the heavens opened and the Son of Man standing at the right hand of God!” The Jewish leaders screamed at the top of their lungs. They covered their ears and rushed at Stephen. They threw him out of the city and began throwing stones at him. Stephen called out, “Lord Jesus, receive my spirit!” Then he said, “Lord, do not hold this sin against them!” After this, Stephen died.