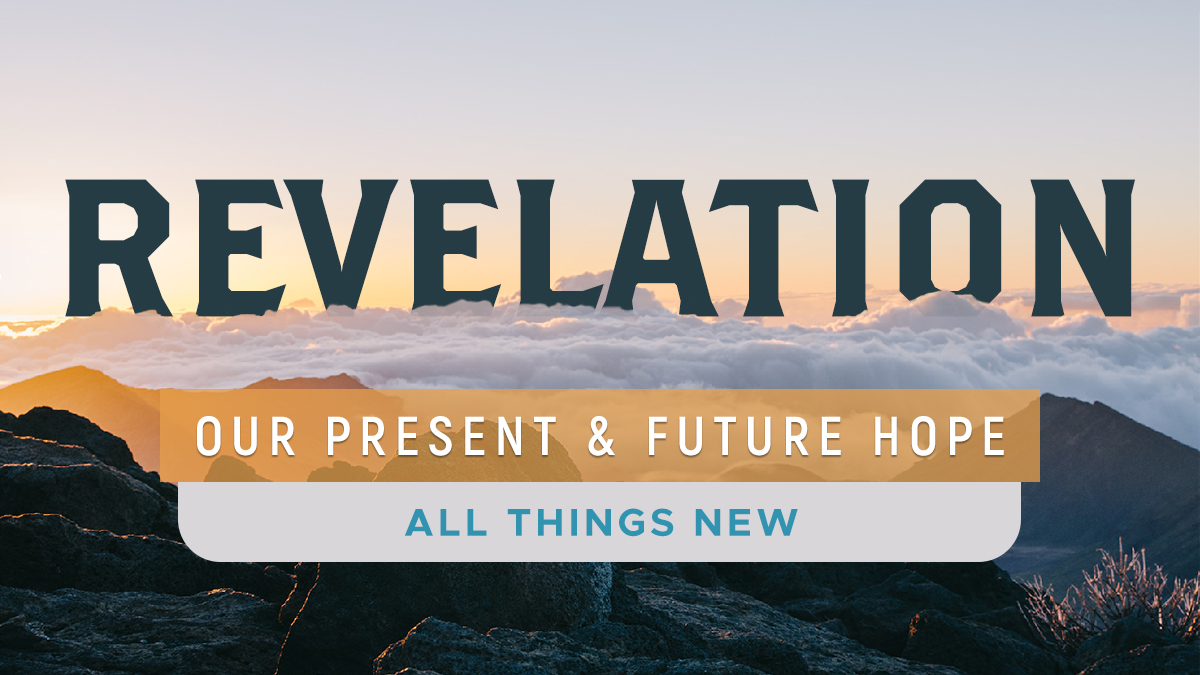 Then I saw a great white throne and him who was seated on it. From his presence earth and sky fled away, and no place was found for them. And I saw the dead, great and small, standing before the throne, and books were opened. Then another book was opened, which is the book of life. And the dead were judged by what was written in the books, according to what they had done. And the sea gave up the dead who were in it, Death and Hades gave up the dead who were in them, and they were judged, each one of them, according to what they had done. Then Death and Hades were thrown into the lake of fire. This is the second death, the lake of fire. And if anyone’s name was not found written in the book of life, he was thrown into the lake of fire.

Then I saw a new heaven and a new earth, for the first heaven and the first earth had passed away, and the sea was no more. And I saw the holy city, new Jerusalem, coming down out of heaven from God, prepared as a bride adorned for her husband. And I heard a loud voice from the throne saying, “Behold, the dwelling place of God is with man. He will dwell with them, and they will be his people, and God himself will be with them as their God. He will wipe away every tear from their eyes, and death shall be no more, neither shall there be mourning, nor crying, nor pain anymore, for the former things have passed away.”

And he who was seated on the throne said, “Behold, I am making all things new.” Also he said, “Write this down, for these words are trustworthy and true.” And he said to me, “It is done! I am the Alpha and the Omega, the beginning and the end. To the thirsty I will give from the spring of the water of life without payment. The one who conquers will have this heritage, and I will be his God and he will be my son. But as for the cowardly, the faithless, the detestable, as for murderers, the sexually immoral, sorcerers, idolaters, and all liars, their portion will be in the lake that burns with fire and sulfur, which is the second death.”

Main Idea:
God will establish a new heaven and new earth, where the redeemed people of God will be able to live with Christ in perfect and constant communion.

Summary:
This passage begins with the pronouncement that the new heaven and new earth have arrived. The old creation, scarred by sin, has passed away and a new creation has come. In this new creation, God will dwell with his people for all eternity, and the redeemed people of God will no longer experience the consequences of sin and a broken world. It will be a place where every longing and desire is fully satisfied and fulfilled in the presence of Christ. Those who reject Christ and his lordship will spend all of eternity in the lake of fire.

Prayer:
Spend some time reflecting on the brokenness of this fallen world. Re-read Revelation 21:4, and praise God for setting all things right. Ask God to give you a longing for this new creation and for the endurance to stay faithful in the broken one in which we live.