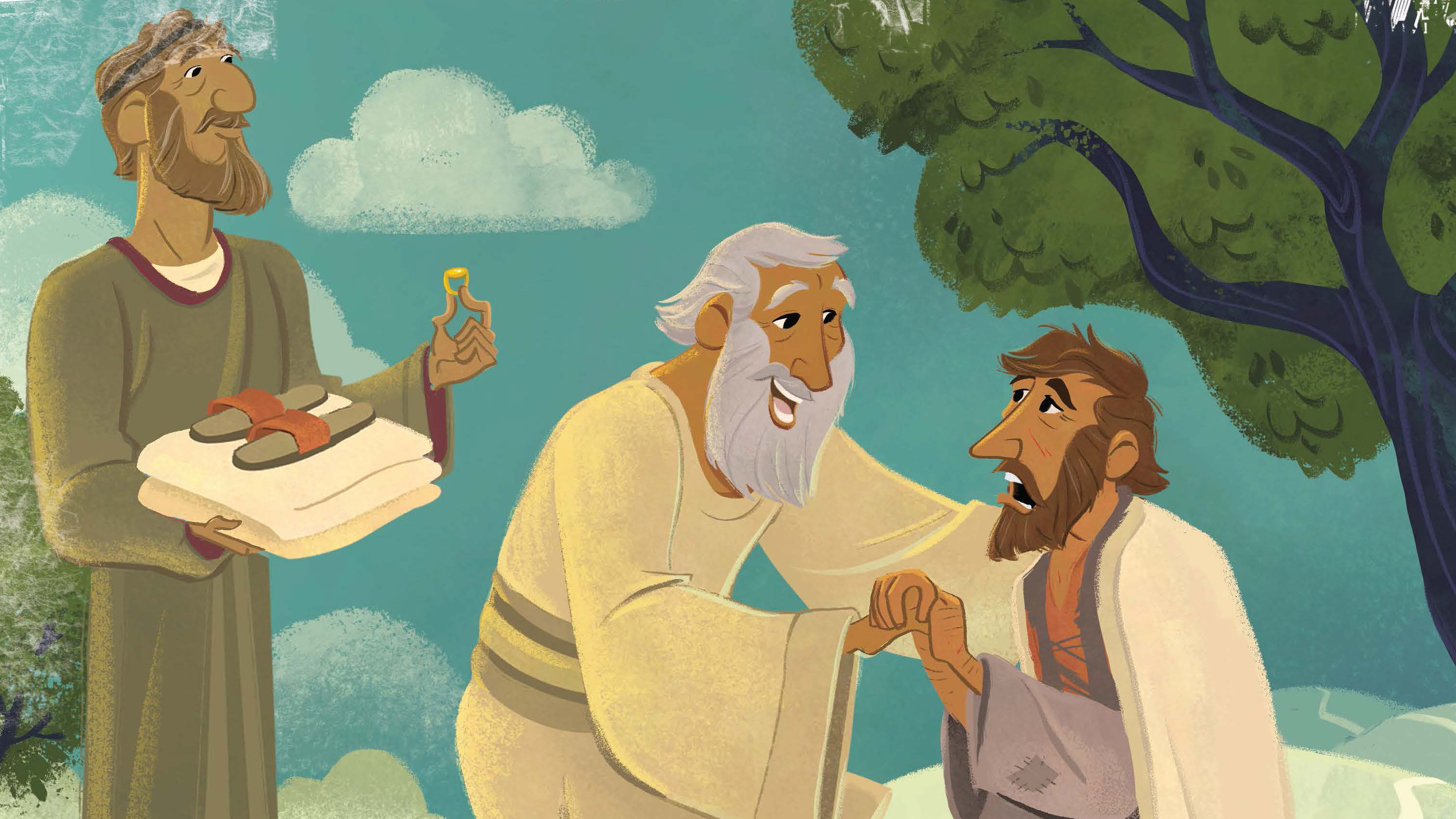 Jesus told stories about people who were looking for things that were lost. Jesus told these stories to teach about Himself. Jesus looks for people who are lost, people who do not know Him. Jesus gave His life to save people from sin.

He Has Rescued Us

“He has rescued us from the dominion of darkness and transferred us into the kingdom of the Son he loves.” - Colossians 1:13

Many people came to listen to Jesus teach. The religious leaders were angry that sinners came to listen to Jesus. They did not think Jesus should be friends with people who do wrong things. So Jesus told them three parables, or stories, to teach them about God. Jesus said, “If a man has 100 sheep and one goes missing, he leaves the 99 sheep and looks everywhere for his lost sheep. And when he finds it, he tells his friends and neighbors, ‘Let’s celebrate because I have found my lost sheep!’” Jesus told them, “In heaven, there will be more joy over one person who is sorry for his sin and turns back to God than over 99 good people who don’t need to be sorry.” Then Jesus told a second story: “If a woman has 10 silver coins and loses one of them, she lights a lamp, sweeps the house, and searches until she finds it. Then she tells her friends and neighbors, ‘Let’s celebrate because I have found my lost coin!’” Jesus said, “In heaven, God’s angels will celebrate when one person is sorry for his sin and turns back to God.” Then Jesus told one more story: “A man had two sons. The younger son told his father, ‘Give me the money that will be mine someday.’ So the father gave his son what was his. “The younger son traveled to a faraway country. He spent all his money and made wrong choices. The son had nothing left, and the country he was in ran out of food. He got a job feeding pigs, but he was still hungry. “The son was sorry for his wrong choices. He said, ‘My father’s workers have plenty of food. I do not deserve to be his son. I will ask to be his worker.’ So he went home. His father ran to him and gave him a big hug and a kiss. The son started to say he was sorry, but the father told his servants, ‘Bring the best clothes for my son to wear! Let’s celebrate with a big meal! My son was lost, and now he is found!’ “The older son came home and asked, ‘What’s going on?’ A servant said, ‘Your brother is home. Your father is celebrating.’ “The father asked the older son to come inside and celebrate. But the older son was angry. He said, ‘I always obeyed you, but you never threw a party for me.’ “‘Son,’ the father said, ‘everything I have is yours. This is a day to celebrate because your brother was lost, but now he is found.’”